Do you need help? Email Us:   sales@cnyuecheng.com
Hot Keywords：

If you ever had the patience to sit in a shop class during your fifth grade or listen to Tom Hirst narrate his usual episodes of How It’s Made on the Discovery Channel, then there is a chance you have an idea or two about how lathes and other metalworking machines operate. But if you don’t, you totally have committed no crime. As tech and computing have been developed over the years, a new high-precision computer-controlled manufacturing technique called CNC machining has reached the surface. 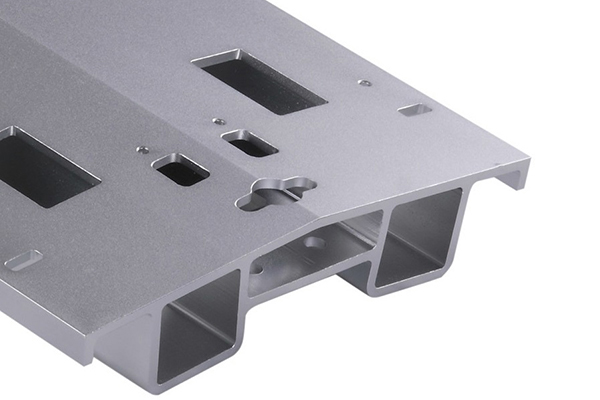 What Are CNC Machines?

CNC machines, also known as computer numerically controlled machines, are electro-mechanical devices that have the functional ability to manipulate tools around a varying number of axis, usually 3 or 5, with high-precision per instruction delivered from a computer program. CNC machining is one of the two means by which engineers, mechanists and makers alike can form a physical part from a file designed by a computer. While the other is possible through 3D printing, it is known as additive manufacturing.

The disparity between CNC and 3D printing is quite vivid. The former, in semblance to other machining processes, involves a subtractive process during which a material is removed from a stock. The latter is an additive process which entails an essentially reverse function. Initial CNC machines were developed in the 1940s and 50s, designed to depend fundamentally on a data storage technique known as the punched tape, The code to control the machines were manually punched into a data card and delivered into a system that would interpret the information.

Having been developed from the rudimentary and functionally limited gizmos they were back in the days, CNC machines are now a rapidly developed series of devices that transform stock pieces of materials such as aluminum, steel, and even titanium into finishes parts. The machine heavily depends on digitally imported instructions specifically monikered as G-code. Before modern computer became a helping hand to manufacturing, programs such as Autodesk Fusion 360 were around, which made machinists manually write the G-code to control these machines.

CNC machines have several axes of movements, all of which can be linear or rotary. While many machines have both types, cutout gizmos such as lasers or waterjets generally have just two linear axes - the X and Y. Milling machines often possess no less than three - X, Y, and Z - and can also have more rotary axes. A five-axis milling device has three linear axes and a duo of rotary, allowing the cutter to function with a full 180 degrees hemisphere and possibly more. There are also five-axes lasers, with the starkest example being robot arms.

When compared with what the manual alternatives such as lathes and other machining techniques, it is evident that an automated CNC machining has quite an array of benefits. Not only do they get the job done faster, but bit also does so at higher precision and accuracy while simultaneously allowing for the transformation of a digital system into a physical part.

The casting, machining and finishing specialists
Contact Us Now

If you have any questions about our product any services,please contact us immediately and send to
sales@cnyuecheng.com